Phong Nha, Vietnam; Outside of the Caves

The area around Phong Nha feels incredibly quiet and remote, though apparently it is relatively bursting with tourists compared to a few years ago. We stayed at The Phong Nha Farmstay, one of the only options in town with private double rooms and attached private bathrooms. The farm stay opened about 4 years ago and according to the manager was rarely visited for the first two years. When someone from the lonely planet came out to write about the area that all changed and they have been booked-up year round ever since.

Biking around it is easy to see why descriptions of the area would bring in the hordes. It looks like the Vietnam of someone’s imagination; absolutely stunning. The whole area is blanketed in rice fields with the occasional huge limestone mountain jutting up through the green and dotted with water buffalo, jewel-toned lakes and rivers and locals on bicycles. The road leading into Phong Nha was built just eight years ago. Before the road it took six hours in the dry season to get to the closest train station (in Dong Hoi). A journey that was impossible in the wet season, effectively completely cutting off the area for 6 months out of the year. Since the road was built Dong Hoi can be reached via an easy thirty-minute car ride.

The road precipitated a whole host of changes and dollars to donuts, is what made the discovery of the newly found “world’s largest cave” possible. The discovery of Son Doong is sparking off it’s own host of changes, but it all was made possible because of the road. Read about our adventures exploring the Phong Nha cavehere.

Before it’s construction there was no trade with other areas, no tourism, no electricity, not even any bricks or cement for building. It’s hard to imagine that eight short years ago this was one of the poorest areas of Vietnam. That this was a place where people were still dying by the tens of thousands to famine as late as the 1990’s.

Since the area has been opened up Vietnamese tourists have been coming en masse, and Western tourists started following suit about two years ago. The National park is currently the most popular place in Vietnam for Vietnamese tourists, after overtaking Ha Long Bay for number of domestic tourists last year. 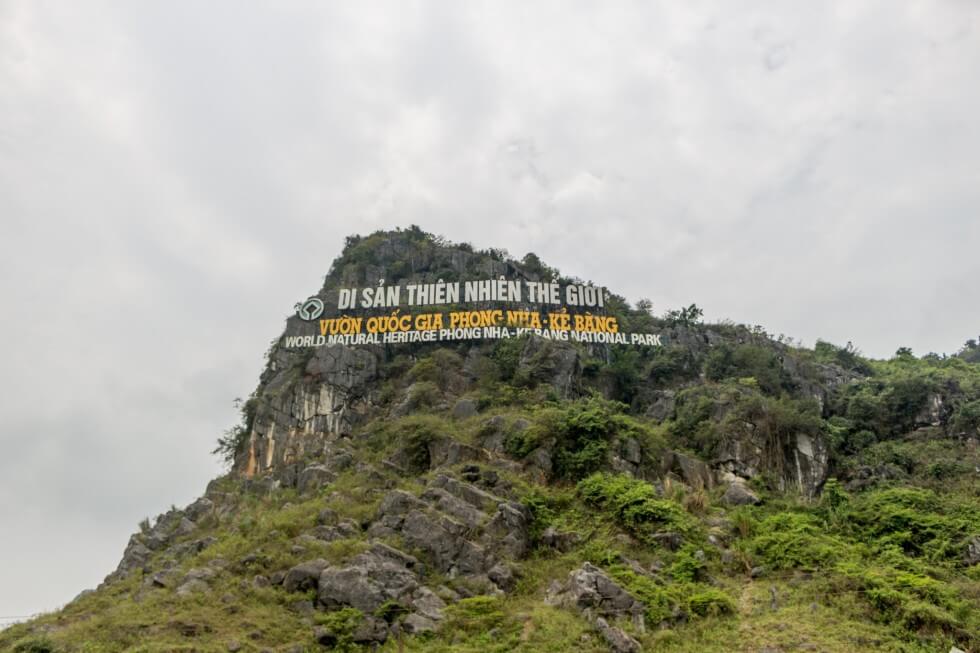 I can easily see the area becoming one of the most popular spots in Vietnam for Western tourists as well. I have to admit, I am happy that we got a chance to visit it before that happens. For now it’s a beautiful rural, and innocent-feeling place. A place where you can spend the morning exploring caves, the afternoon playing with the local kids and the evening relaxing with a drink in hand and watching the sun set over the rice paddies. The owners of the Farmstay foster a very “summer sleep away camp” kind of a vibe between their guests. They encourage people to go out together on bikes to check out the local sites or arrange groups to go and see caves. We planned on getting some work done our first day there but were cheerfully coaxed into joining some of the other guests for a bicycle ride to “The Pub With Cold Beer.” You can always work after the sun goes down, so we were only too happy to have an excuse to pack up for the day and join in the fun.

The “pub” is actually the home of a local a few kilometers away from the farm stay. He is grabbing this new world he lives in by the horns and invested in a fridge to go with those new power lines, to be able to sell cold beers to the influx of new tourists. Brilliant.

We took off down the dirt path towards the pub in an unruly pack on old mountain bikes with a couple of paper maps. Our ride quickly deteriorated into a slog through the rain and mud with wet and clammy rags covered in a lovely tie-dyed mixture of inks.

It was the type of afternoon that is a huge amount of fun as long as you are with the right people! We biked through rivers and up hills and down hills. We biked by cemeteries, cows and children, and over gravel, mud and even a bit of road here and there. I luckily had managed to shirk any sort of leadership role and so was happy to ride along just laughing and having a good time as the two Toms tried to sort out which way to go. I would definitely make sure to not be the person with a map on this particular journey. Tom (mine, I’m not sure about the other one) didn’t mind his role either so I guess it takes all kinds.

Once we found the pub we discovered that the main attraction is really not the cold beer, but the offer of the owner to catch, kill and cook up a chicken for your lunch. Along with chicken he also sells some rice and noodles and snack-type items. We also played a little pool and lounged in hammocks, but being pulled into games of jump rope, bikes and tag by the owner’s gregarious little daughters was everyone’s favorite part of the day. By the time we all made it back to the farm stay and showered off a layer of cold mud we were all too happy to sit on the roof of the building next door. It is a great place to watch the sunset at the end of the day, and they have created a pulley system with a crate that goes right to their bar so that you don’t even have to make the short walk next door for a drink.

I can only imagine what Phong Nha will be like in five years, but for now it is lovely to visit a place where the major things “to do” are to visit beautiful caves, ride your bike to find that one guy with a fridge and the ability to make beer cold, and make new friends.